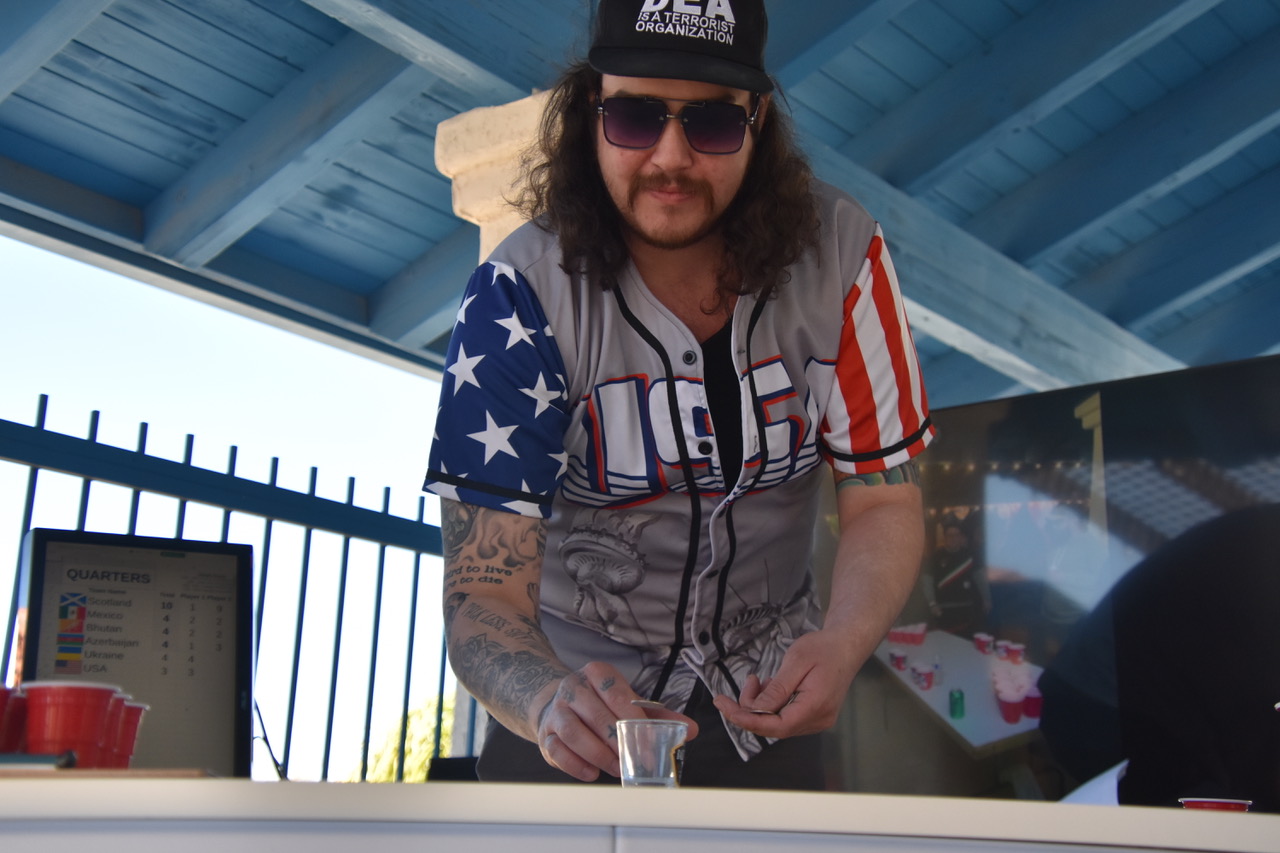 The goal is to make as many quarters as possible into the shot glass by bouncing it off of the table. Each time the player misses, he must take a shot of beer and then continue. Once the player runs out of shots of beer (8 misses), his turn is over. Only one player will go at a time. Once one player from each team has gone, the second player from each team will go. The order for the second round will be based on first round score, lowest to highest. The country with the highest number of makes wins. In result of a tie, the tying countries top scoring members will do a head to head, shot for shot, playoff.