Move and bounce, bounce and move 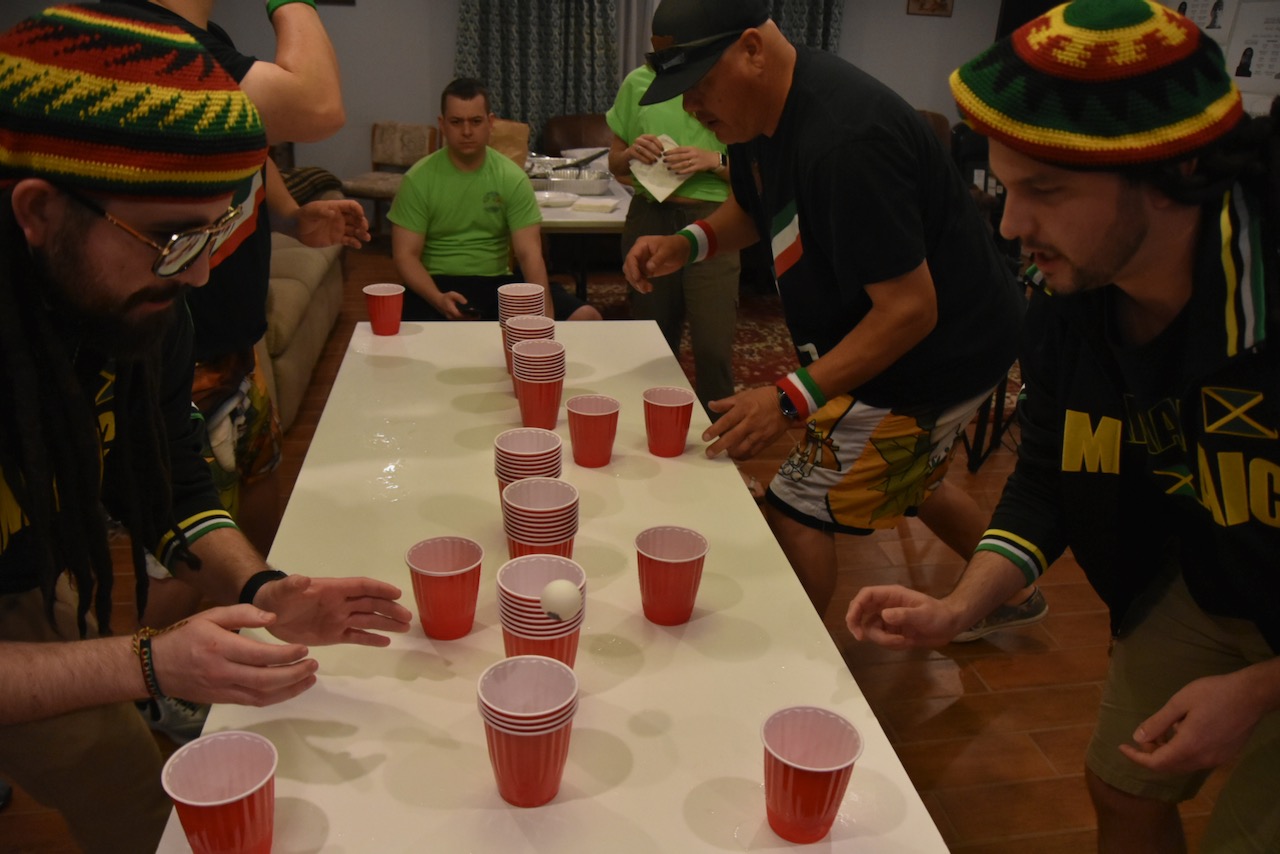 Each team member has two cups filled with 2 ounces of beer each. Teammates stand across from one another with four stacks of cups between them and a ball in one teammate’s hand. The opposing team occupies the other end of the table as shown in the diagram below.

All four players cheers their first drink cup and down it. Players then bounce the ball into the stack of 4 cups on the far outside of the table. Once both teammates have bounced into the first stack, they add those cups to the adjacent stack. Players then bounce into this new stack of 12 cups. Once both teammates have bounced into the second stack, they must drink their second drink cup.

In the case of a multi-way tie, all teams will race-off simultaneously with one drink cup and a stack of 20 cups next to a stack of 8 cups (which will become 28 cups when stacked). All other rules will stay similar. 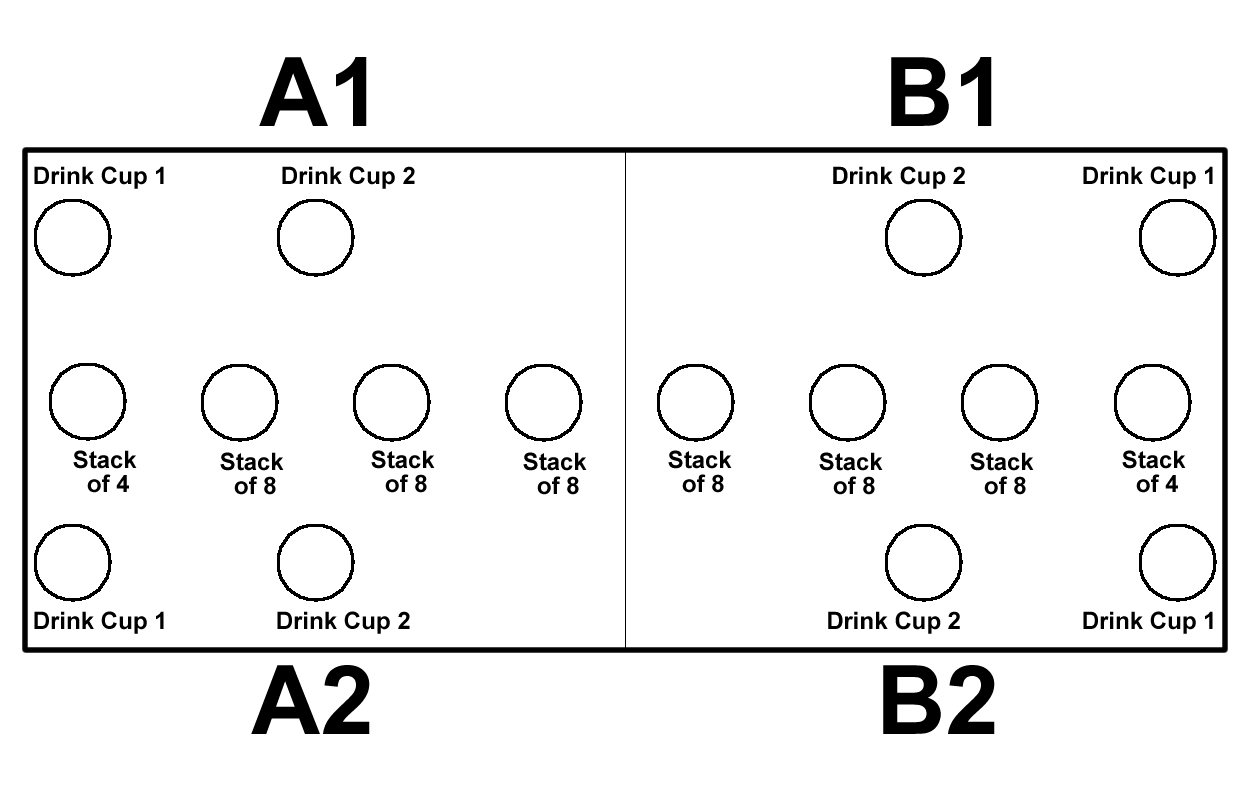